We are very happy to welcome Brenda Halverson and Riley, her dock diving dog, to our Advisory Board.

In 2007 Brenda rescued a then 2 year old yellow Labrador named Riley after he was abandoned on the highway by his previous owner.  A month later it was discovered that he has canine epilepsy. Seizures are the most common neurological problem in dogs with approximately 5% affected. Some breeds of dogs are predisposed to this, Labs being one of them. In the past, if a dog had a neurological condition they would simply be put down, but today, people are learning how to work with dogs with challenges so that they can still lead full lives.

In 2010, Brenda discovered a canine dock-jumping group called Rocky Mountain Dockdogs. Knowing that Riley would love the sport as he’s always loved water and has a high toy drive, we tried it out. We were hooked! Riley was awarded Rookie of the Year after his very first year participating, and now competes in two events. He received Dockdog world invites in both 2012 and 2013.  Riley also began competing in nose work in 2013 and has done exceptionally.  In his first event he received top placements in all 4 individual elements, 1st place overall and 2 distinguished awards.

Riley and Brenda have made it their mission to spread awareness about canine epilepsy and educate pet parents with epileptic dogs. They want to help provide others with information that will help them understand why their dog has seizures, what dietary and nutritional guidelines will help minimize seizures, what medications to consider, what to do during a seizure, how to stay safe, what alternative and holistic methods are available, how to create a logbook, etc. Most importantly, they want to show people that their dogs can live normal, active lives even with canine epilepsy, and that the condition shouldn’t be considered a handicap. Right now there is no medical solution to eliminate canine epilepsy, but it can be managed.

When we asked Brenda and Riley about their favorite products, goals, and top accomplishments, this is what Brenda had to say!

Top Accomplishments: “Rookie of the Year, Placed 6th place in finals for his division at the Dockdog Worldwide Championships, and has his NW1 title with the National Association of Canine Scent Work.”

Goals: “My goal is to educate others about pet health through our book, Knowledge is Gold, as well as through word of mouth and social media; to give them the tools to make informed decisions about their pets that will allow them to live healthy and to their true potential. Additionally our goal would be to continue to do well in the sports we compete in, continue to receive world invites in dockdogs and to get his NW3 Elite Title in nose work. “

Our new Draper Equine Therapy® Stable Sheet is not only stylish and offers excellent therapeutic benefits for your favorite... read more 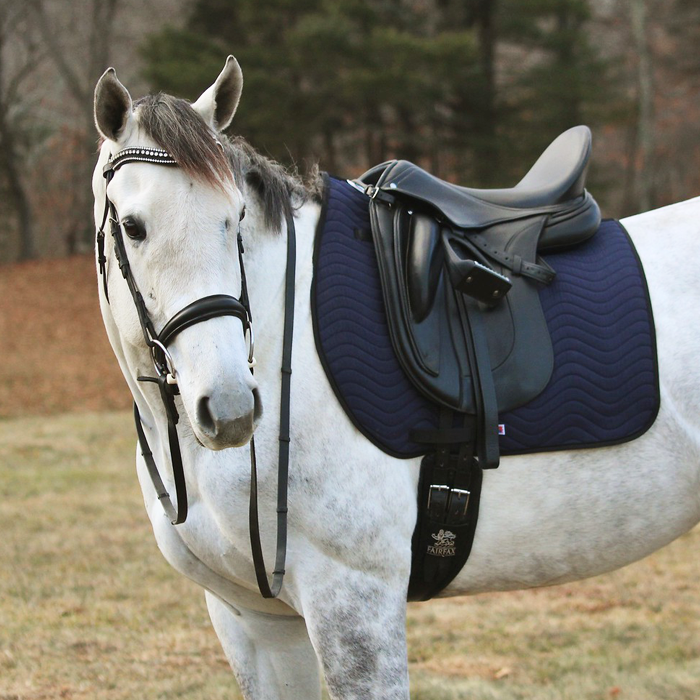 The next few weeks are what parents look forward to and students dread - the end of summer means... read more

Draper Therapies is thrilled to add Todd Minikus and Lara Knight to our Advisory Board! Minikus, who rides show jumpers, began... read more