Recently, my Selle Francais gelding was diagnosed with long-term, low-grade chronic Lyme disease. We knew he had been infected for a minimum of 5 months, but think it could have been as long as 2+ years. He was never really symptomatic, but his negative personality traits had become more pronounced over the years. We had chalked it up to his stubbornness, laziness, and the effects of age, but as it progressed, things just didn’t add up. He went from a “10” mover with championships in Pony Club Nationals for eventing and dressage, multiple hunter derby wins, and a past history of Grand Prix jumpers along with being a game field hunter, to becoming grouchy and irritable.

Jumps looked like they took him more and more effort, and while he could still do 3’6″ from a trot, the “with ease” part started to look more cumbersome and uncomfortable than with that effortless strides of the past. Rides lasting longer than 40 minutes were likely to result in you getting dumped, badly. And then this spring he started to throw shoes all of a sudden – all of the time, and his winter coat didn’t shed quite right, and his new coat was duller than usual. So I had him tested for Lyme and that’s when we got the news.

Thirty days of doxy in, I got a glimpse of the horse he used to be – floaty huge trot, easy canter that seems to just cover ground, and a happy, nickering boy. And then three days later, he was far worse. Tripping at the walk, an attempted ground pole had him stumble hard, and the little bit of canter he attempted was heavy, disjointed, and felt overall disconcerting. I got off, patted him, and pulled more blood. We just finished the 60d and got the results back – still low grade lyme. Lower than before, but not low enough, so we’re upgrading to minocycline which is much stronger and supposedly more effective then doxy, it’s weaker counterpart. It’s also a lot more expensive, but I want my horse better.

In the meantime, I also want him to be as comfortable as possible and do whatever I can to boost his immune system, circulation, and overall well being. For immunity, we’ve added SmartProtect to his regular SmartPak of SmartFlex Senior and with the recent developments (still positive, still symptomatic), decided to add SmartImmune. For comfort, he’s on 24/7 turnout so he can move around, with shelter for shade and to get away from the bugs when he wants a break, with a round bale to keep hay in front of him whenever he wants. And for overall comfort, when he comes in for a break, I toss my Draper Anti-Sweat Sheet on him to promote local circulation and help increase his overall comfort.

While we’re just about to start the minocycline, we’re hoping that with all of this careful management he can return to being the happy horse he used to be! Stay tuned for more updates, and share your stories of what products you love to help your horse stay happy, healthy, and comfortable! 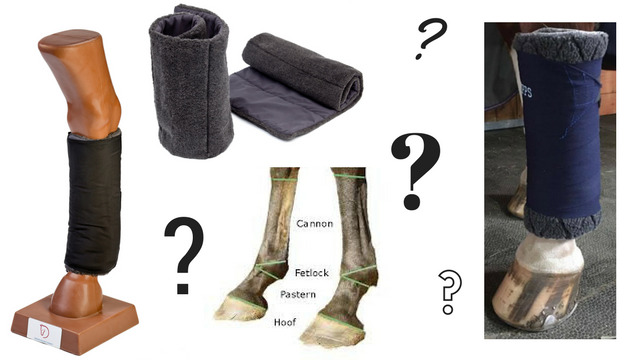 Which Wrap is Which? A Guide to Draper Therapies’s Leg Wraps

Looking for our products closer to you? Check out our retail partners. read more

Draper Polo Wrap - Just like an ace bandage except better. I've known for awhile that polo wraps can be... read more

Time is running out, with tomorrow, the 19th as the last day for standard shipping and Monday, the 22nd, at... read more